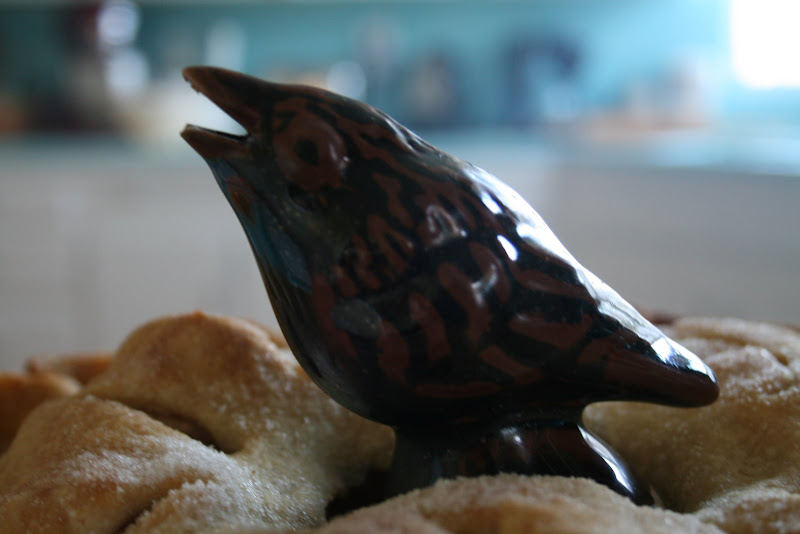 Blackbirds in a Pie
Sing a song of sixpence a pocket full of rye,
Four and twenty blackbirds baked in a pie.
When the pie was opened the birds began to sing,
Oh wasn't that a dainty dish to set before the king?
The king was in his counting house counting out his money,
The queen was in the parlour eating bread and honey
The maid was in the garden hanging out the clothes,
When down came a blackbird and pecked off her nose!

A silly medieval nursery rhyme, but one that came to mind when I received
this beautiful Pie Bird for a dear Christmas gift.


A Pie Bird is a British tradition dating back to the 1600's and
gained popularity in America in the 1930's.
Designed to prevent steam splatters and "soggy crust",
the pie bird is also collected as a novelty.


It definitely works!
Thanks, friend for this special gift.
I have always wanted a Pie Bird.
This bird came from Buck Pottery
in Gruene, Texas.
Posted by Marilyn Miller at 9:00 AM

Hi Marilyn. This is so cool. A pie bird. Not being a pie maker, I didn't know about these. Now I do. I may make a pie someday. Have to find the bird first. LOL

Even I, a true Brit, doesn't own a pie bird! Think I'll get one just for the heck of it......or to use if I ever get around to baking a two-crust pie again! I do remember my mother's, we had it forever. Umm, wonder who got it!!

Love that old nursery rhyme.
Thanks for the memories dear friend.
Hope your day is good.
Mary X

What a sweet post! And a lovely Christmas gift. I love your little pie birdie!

Love your little pie bird! Have nevver tried one... but looks like fun!

This is enchanting, Marilyn. Even though I don't bake pies, I do like pie birds!

Love your pie bird! I found a yellow one a couple of years ago. Would you believe I haven't made a pie since then?
~Adrienne~

isn't that bird adorable! yum to that pie!
xo

Cathy at Wives with Knives said...

What a charming addition to a homemade pie. I used to have a little black bird but he must be hiding someplace or flew away.

What a happy surprise to see the pie bird this morning! Your creation looks absolutely delicious!

I think that's the prettiest pie bird I've ever seen! 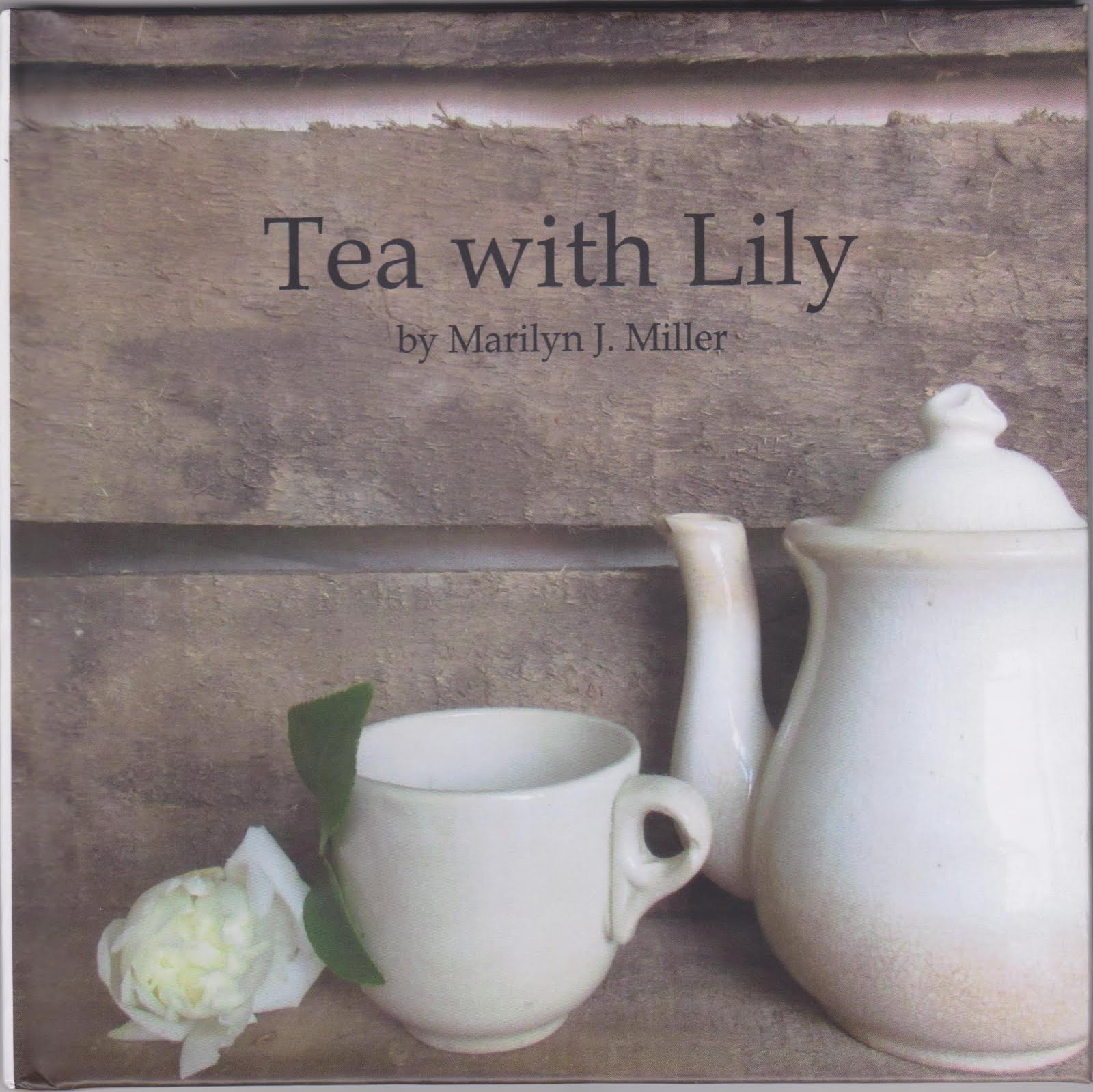