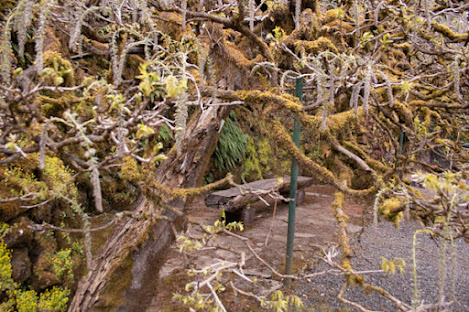 From Wikipedia: source claims that the person who named Wisteria after Caspar Wistar was the Portuguese botanist and geologist José Francisco Correia da Serra, who lived in Philadelphia beginning in 1812, four years before his appointment as ambassador of Portugal to the United States. Correia became a close friend of Wistar, "took tea at his home daily, and named the vine 'Wisteria' to commemorate this friendship."

What a lovely way to commemorate a friendship! 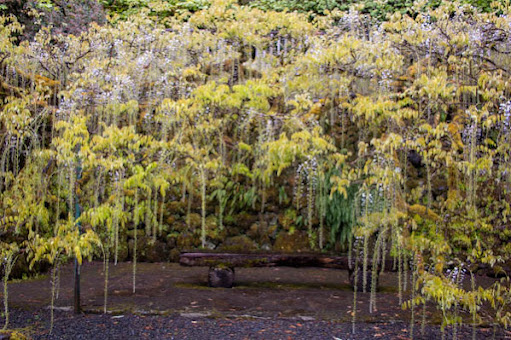 Sharing the stories, own your story, tell it, keep hold of curiosity/learning, it keeps us young.

This story is a little one, but for me a fond memory.

I sometimes think of wisteria as "wistful tears" or "whispering tears". They drape down so gracefully and just touch my heart with their beautiful.

Here is what I found just yesterday. But before I show you my final visit I must say the quick stop to see them, the third time in the past month. had an added treat. In the parking lot was a friend I don't see often, now wasn't that serendipitous? It was lovely to get an unexpected hug and short visit while taking pictures right here in the parking lot. 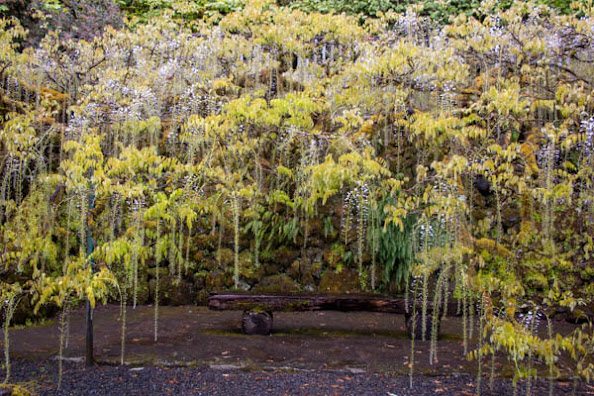 They aren't as showy as some varieties. This is a Japanese variety, my "live-in gardener" tells me. But I think they are lovely teardrops. 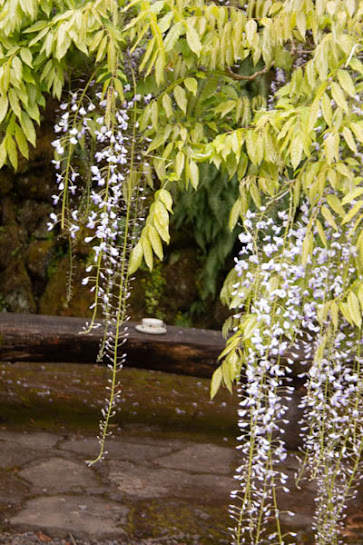 My traveling teacup posed under the arbor. 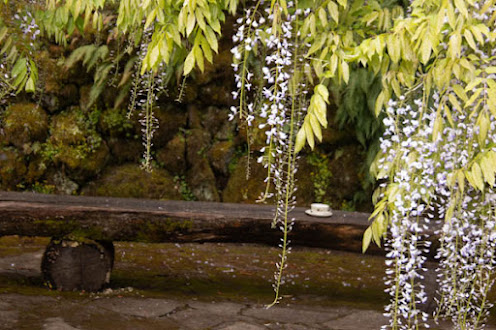 And finally I had to step under the dripping blossoms to surround myself with loveliness. 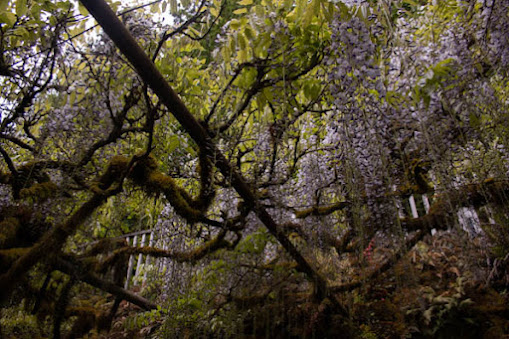 It's these little things in life that just make me smile.

What is making you smile, wiping tears away, today?

Have a terrific weekend, dear friends!

Posted by Marilyn Miller at 9:00 AM

Wisteria is so pretty as it drapes the trees in its loveliness. You have wonderful memories of the wisteria and the swing and your friend. It's nice that you have a traveling tea cup. Your photos always make my heart sing, Marilyn.

Beautiful photos of wisteria. Sadly it doesn't grow in my area.
It's always nice to see photos of it.

The smell of wisteria is a very evocative thing for me! I don't really have specific memories, just looking at the beautiful flowers and smelling the sweet scent!